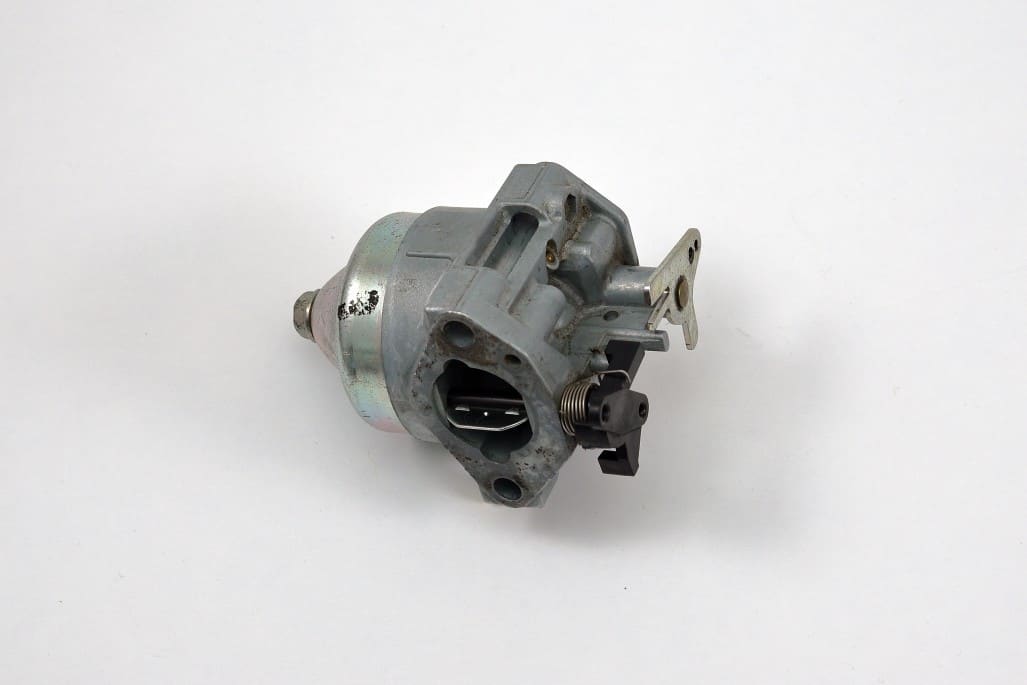 All-Terrain Vehicles are pretty sturdy, and their build is durable enough to combat the elements. This means that if you own one, there’s usually no reason to worry about minor issues like stains and dents. However, combustible liquids spilling out from the inside are a cause for concern.

Your ATV carburetor is leaking gas either because of an internal split or a blockage in the mechanism. Both of these can happen because of overuse or lack of use. Either way, you must single out the area of spillage and replace or clean tubes until the ATV can run without leaking gas.

In this article, you will learn how to:

While the remedies listed aren’t an exhaustive list of solutions, it covers enough causes and fixes that you’re very likely to have your ATV running without the carburetor making a mess.

While you know that carburetors leak gas when there is a split in tubes or a blockage in the mechanism, here are the specific areas where either problem can emerge.

It is advisable to use this as a reference and check your carburetor till you single-out the problem. You can then jump to the respective fix listed later.

The Gas Line Is Not Hooked Up Properly to the Carburetor

If you connected the gas line to the carburetor recently, then this situation is very likely. It is also probable when you take your vehicle through rough terrain.

When the gas line is loosely connected to the carburetor, it functions just enough for the ATV to perform but uses gas very inefficiently.

If you’ve noticed that you require more gas than should be necessary, the chances are that the problem has only recently become visible but that your carburetor has been leaking gas for a while.

Vapor Locking Is Leading to Spillage

There are many reasons for liquid fuel to vaporize prematurely. This can happen because of the stark difference in altitude or extreme temperatures. Usually, vented caps allow engines to breathe.

However, your cap may be acting as a stopper for the vapors that need to be released. The good thing about this problem is that you can fix it in a few minutes by allowing the unit to vent.

There Is a Split in the Gas Line

While we can hope this isn’t the issue, you have to check to be sure. In case there is a split or a crack in the gas line, you’ll see a prominent stain that gives away the cause.

This can occur because of pressure as well as rough-riding. If the ATV has been sitting idle for a long time, this is not likely to be a case. It is worth noting that while this issue is the easiest to spot with surety, it is also one of the most expensive ones to fix.

The Float Chamber Is Jammed

While this is an easy problem to fix, it isn’t easy to be sure of. In fact, you have to execute a float-sticking fix to be sure if the float is stuck in the first place.

That’s why you should make it one of the standard action steps in fixing your carburetor’s gas leak. When the float is stuck, the fuel spraying isn’t fine enough to mix with air. Instead, you get liquid gas oozing out around the inlet.

Dirt Around Inlet Needle and Seat

If the gas leakage happens around the inlet and there are no issues with the gas line, it is almost sure that there is dirt clogging the carburetor.

While using dirty fuel can lead to these residues building deeper in the carburetor, sometimes the inlet is exposed to elements, and enough dirt deposits are left around the connection.

When you connect the gas supply without cleaning the tube, you push the dirt deeper, and it sits in the needle and seat mechanism.

If you live in an area with sand-storms or have driven through dusty terrains, this can be the source of your carburetor problem.

Here’s a video that may help with diagnosing some common issues:

Now that you’re familiar with the possible causes of a gas leak, let’s go over a sequence of fixes that will have your carburetor running correctly by the end.

Please note that the gas might stop leaking after any specific step. These are listed from the lowest effort to the highest effort, so you don’t take the more drastic measures unless they’re required.

The easiest way to improve gas delivery and avoid gas spilling is to connect the line better. If you have a puddle around the inlet, you’ll notice gas spilling throughout your usage.

It is good to connect the gas line more securely and use an absorbent rag to wipe off excess liquid every few weeks.

Speaking of cap, the unit may have excess trapped vapor. By leaving the lid open for ten minutes, you will allow the unit to breathe.

If the issue is caused by vapor locking, you will not face it after the ten-minute airing. If the gas continues to leak, then you can proceed to the next step.

If the gas line is connected securely and the unit spills gas despite leaving the cap off for ten minutes, you must check the stain line that gives away cracks and spills.

Even if you cannot see a stain, it is good to replace the tube after consistent leakage. Turn off the mechanism and let the system cool down. Then use a gloved hand to remove the line connecting the gas tank to the carburetor and securely place a new one.

Get the Float Unstuck

Use a dense wooden block like the handle of a hammer to gently tap the carburetor bowl from below. The float requires only little “encouragement” before it gets back up to be buoyant.

Tap around ten times while being careful not to damage the bowl. At this point, you can assume the float is no longer stuck. Try to give the system another go and observe for any leakage.

Flush the Carburetor and Clean Any Residue

In case there is still gas leaking from your ATV carburetor, you can be sure there is significant clogging in the unit. Start by replacing the filter around the inlet. If you do not have a filter, you now know the issue.

But before you get a new filter, you must first flush out the carburetor making sure it has no liquids. Then use a rolled-up absorbent rag to clean the inlet from the inside.

After you’ve accomplished this, you can reconnect the lines and place the unit back, but this time with a fresh filter.

Another video showing a fuel leak being fixed:

How To Take Care of Your ATV Carburetor

Now that you have fixed your carburetor let’s make sure it doesn’t leak gas again. Make sure to service the unit at regular intervals depending on the region you’re in.

Let the unit vent by removing the cap and letting the system breathe now and then. Finally, replace the in-line filter every time there are efficiency issues rear their head.

Carburetors are essential to an ATV’s operation, but a few minor faults can make the unit inefficient, and you can have a mess of liquid gas spilling all around. Let’s recap how you can fix the problem: