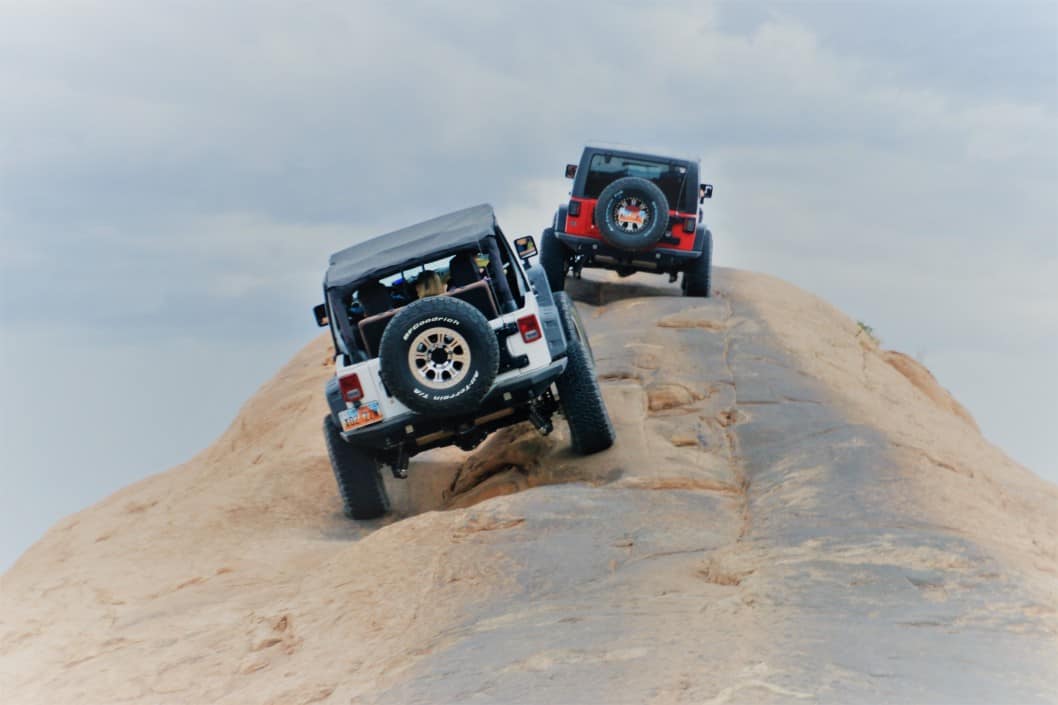 Jeeps have a reputation for being rugged and durable vehicles that can overcome a wide range of conditions and terrain from the speedy highway to off-roading and home again. One component that allows this is the Jeep’s powerful battery, but word has it that all Jeeps actually run off a dual battery system versus one, which you’ll find in most cars. But is this true, and if so, why do Jeeps need two batteries?

Jeep commonly utilize a dual battery system for their cars, which entails one battery being the primary battery that cranks the truck and the other is the secondary battery that runs the vehicle’s accessories. This allows all Jeep functions to receive the necessary power to operate optimally.

In this article, we’ll discuss the classic dual battery system you’ll find in nearly all Jeeps, as well as explain why this system is necessary and what it means for Jeep owners in terms of pros and cons.

Why Do Jeeps Have Two Batteries?

All cars have batteries, although not necessarily the same size and type. However, a handful of models out there require two batteries to function, the most renowned of which are Jeeps.

In order to function properly, all Jeep models utilize a dual battery system, which consists of two separate batteries. The first battery, referred to as the primary battery, is responsible for cranking functions, such as starting the vehicle and providing power for movement. The second battery is the auxiliary battery, which focuses on providing power to add-ons and vehicle accessories.

There are several reasons why a Jeep must have two batteries when many cars can get by with only one. The first lies with the fact that these are powerful vehicles often used for hefty tasks like towing trailers or handling off-roading conditions.

As a result, Jeeps need more power from the battery. However, if they got it all from one battery, you’d find that the energy is either unevenly shared between functions, the battery simply can’t handle the power load, or providing all necessary power quickly zaps all the charge out of the battery, warranting a recharge or replacement.

To prevent this, Jeeps are made with two separate batteries that help to share the power load more evenly. One focuses on driving functions, while the other focuses on accessors like the radio, lights, and more. This ensures everything functions optimally within the Jeep in addition to promoting battery longevity.

Pros and Cons of a Jeep’s Dual Battery System

Although having two batteries in your Jeep is recommended for its overall functionality, there are several pros and cons connected to this battery system. Knowing these advantages and disadvantages might help you decide whether you want to invest in a Jeep or find another vehicle with a single battery system.

The most notable benefit of having a dual battery system in a Jeep is that the system can more efficiently power all Jeep functions and accessories without requiring frequent recharges or replacements. However, you’re now responsible for maintaining and potentially replacing two batteries in your vehicle instead of one over time.

While these are the most significant pros and cons of a dual battery system in any Jeep, there are a few more we think you should know about, and so we’ve listed them all below.

Pros of a Dual Battery System

Ultimately, the most important pro of this system in a Jeep is that it allows your vehicle and all of its accessories and add-ons to function.

This usually leads to the battery being overworked because its power isn’t being divided equally. A dual battery system will undoubtedly last longer because each battery is installed with its own power capabilities that directly match the tasks they’re responsible for.

Ultimately, having two batteries in your Jeep gives owners peace of mind that their vehicle won’t constantly stall or die while winching or if all accessories function fully for long periods.

Cons of a Dual Battery System

While there aren’t too many cons of having a dual battery system, the most notable is that you now have to worry about two batteries in your car instead of one.

Although this system allows your batteries to share power loads and last longer, there will still come a time when they’ll need to be replaced or recharged, and since you have two batteries, the cost doubles.

The other con is that having an extra battery in your car requires more complex wiring and adds more weight to the vehicle overall. As a result, you might find that repairs are more costly in general since theirs much more going on than with a single battery.

Additionally, if your Jeep is reaching the end of its days or you’re towing some hefty cargo, you’ll have to consider how much weight is in and behind the vehicle in relation to its capabilities. It isn’t uncommon for people to overload their Jeeps because they failed to consider all of these factors.

In the end, having a dual battery system in your Jeep is a perk more than anything else. Considering the cost of these vehicles, you’ll want them to last as long as possible with still functioning at their best, and having two batteries is essential for this.

Just remember that having two batteries could cost you in the end, so you’ll want to be financially set before investing in one of these vehicles. That being said, the convenience and peace of mind you get in exchange for this system makes two batteries in a Jeep well worth it.