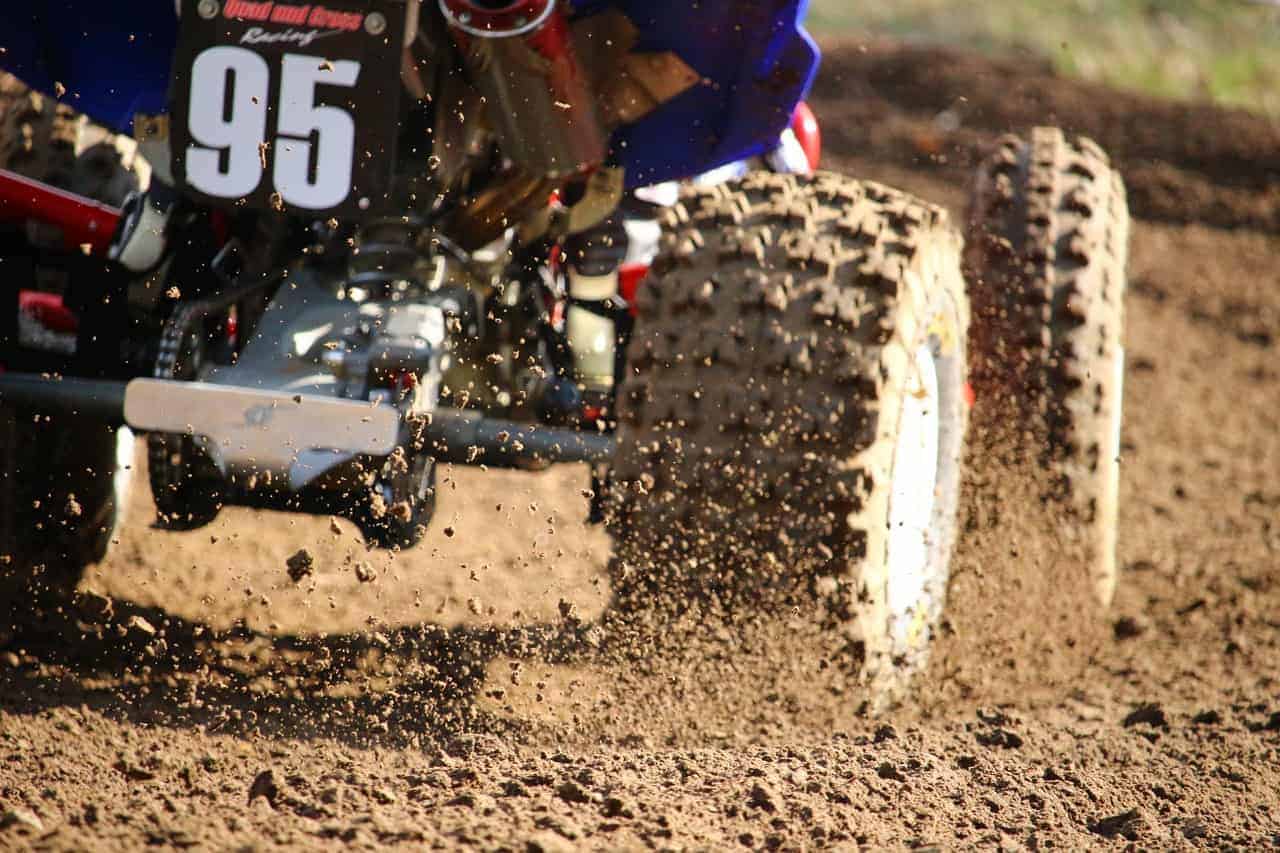 In the world of ATVs, fuel injection systems began taking over several decades ago. Carburetors became somewhat antique, and nearly all new quads have electronic fuel injection (EFI). What ATVs are fuel injected and which have carburetors, and what’s the difference?

Nowadays, nearly all quads are fuel-injected because of increasing environmental regulations as well as reliability. EFI technology has nearly taken over the use of carburetors in ATVs in the past decades. Advocates for carbs exist but less common now than they used to be.

This article will discuss some of the differences between carburetors and fuel injection systems and how EFI came to be so prevalent.

Carburetor vs. EFI – What’s the Difference?

A carburetor is a mechanical device that regulates how much air and fuel an engine gets when it runs.

Depending on the air-fuel mixture as decided by the carb, an ATV may run too ‘rich,’ which means there’s more fuel than necessary going to your engine. This can present as black smoke and bad mileage.

Carb-having quads are considerably cheaper now because of the advent of EFI. Many people like having carbs on their ATVs because they’re easier to diagnose and repair yourself when something goes wrong.

Whereas a carburetor has to be tinkered with and adjusted, EFI has proven to be very reliable and adaptable, requiring little maintenance. No carburetor can adapt as an EFI system can.

Unlike a carburetor, though, a fuel injector is harder to repair yourself. If something went wrong with one, you wouldn’t be able to simply take a look under the hood – you would have to go to a professional.

Not to mention that EFI problems are expensive to take care of instead of fixing a carburetor yourself with some hand tools.

Here’s a video showing some of the carb vs efi differences in motorcycles, but this applies to ATVs as well:

Because of how precisely EFI systems deliver fuel to an engine, they produce much fewer emissions than engines with carburetors. This comes along with reduced fuel consumption and better fuel mileage, so naturally, those kinds of benefits are very exciting.

Carburetors have a much higher tendency to run rich, where it will emit tons of black smoke. Running rich isn’t a problem with EFI unless you purposefully tamper with it, so of course, EFI got the edge there.

Some of these pros are:

Expounding on some of those, a carburetor is a purely mechanical device, which means it has no electronics of any kind inside. This makes it less likely to wear out instead of the fragile and delicate circuitry of an EFI computer-controlled system.

Also, this makes it much cheaper to install on an existing ATV. A fuel-injected system requires special cylinder construction and lines to the fuel tank, whereas a carb can be put together with hand tools.

Carburetors probably aren’t going anywhere, but because their pros are largely for a niche audience, they’ll never overtake EFI.

Fuel injection systems give increased power in addition to fewer emissions and better fuel mileage. EFI systems rose to prominence because of their ability to constantly calculate and adjust to weather, inclines, and fuel temperature.

This allows them to send the perfect amount of air and fuel to the cylinders without needing to be manually adjusted for any kind of varying conditions.

With an EFI system, the quad will know exactly how much air and fuel to push to the cylinders to make it start and run. The computer will take into account how fast you start running after the ATV is started, reducing the chances of black emissions.

Carburetors simply cannot adapt to meet a driver’s needs like EFI can, which means they won’t be going away any time soon.

Cons of a Carburetor

While carburetors have their uses to hobbyists and DIY types, they can’t keep up with changing conditions and shifting demand for different air-fuel mixtures like EFI can. Carburetors simply put out more smoke than EFI systems do, causing great concern to the environmentally conscious.

While typically very reliable, electronic fuel injection systems can fail sometimes. When they do, it’s a much bigger ordeal than if a carburetor craps out.

So if your ATV with a fuel injector starts acting up, you’d better be ready to shell out a lot of money to get it fixed. You won’t be able to just rebuild a fuel injection system with a buddy in your driveway – you’ll need a lot of professional help that will cost you.

Which Is Better for an ATV: Carburetor or EFI?

Now that you’ve learned some of the specific pros and cons of both systems, is a carburetor or EFI system better to look for in a potential ATV purchase?

Due to an unmatched ability to adapt to driver demand, the terrain, and environmental emission regulations, it’s highly recommended to go with an EFI system.

EFI provides more power, versatility, and fewer emissions. Unless you specifically like tinkering with carburetors, the benefits of a powerful system that curtails its own emissions is just too much to ignore.

While carburetors will always have a place with enthusiasts, EFI is too useful to overlook for anyone looking for the best performance. It may have a heftier price tag when considering repairs, but it’s well worth the cost.

Nearly all ATVs nowadays are fuel-injected because of their unparalleled ability to adapt to any needed air-fuel mixture. EFI systems are far superior to carburetors for almost anyone’s needs and should never be looked down on, even if they cost more to troubleshoot and fix.