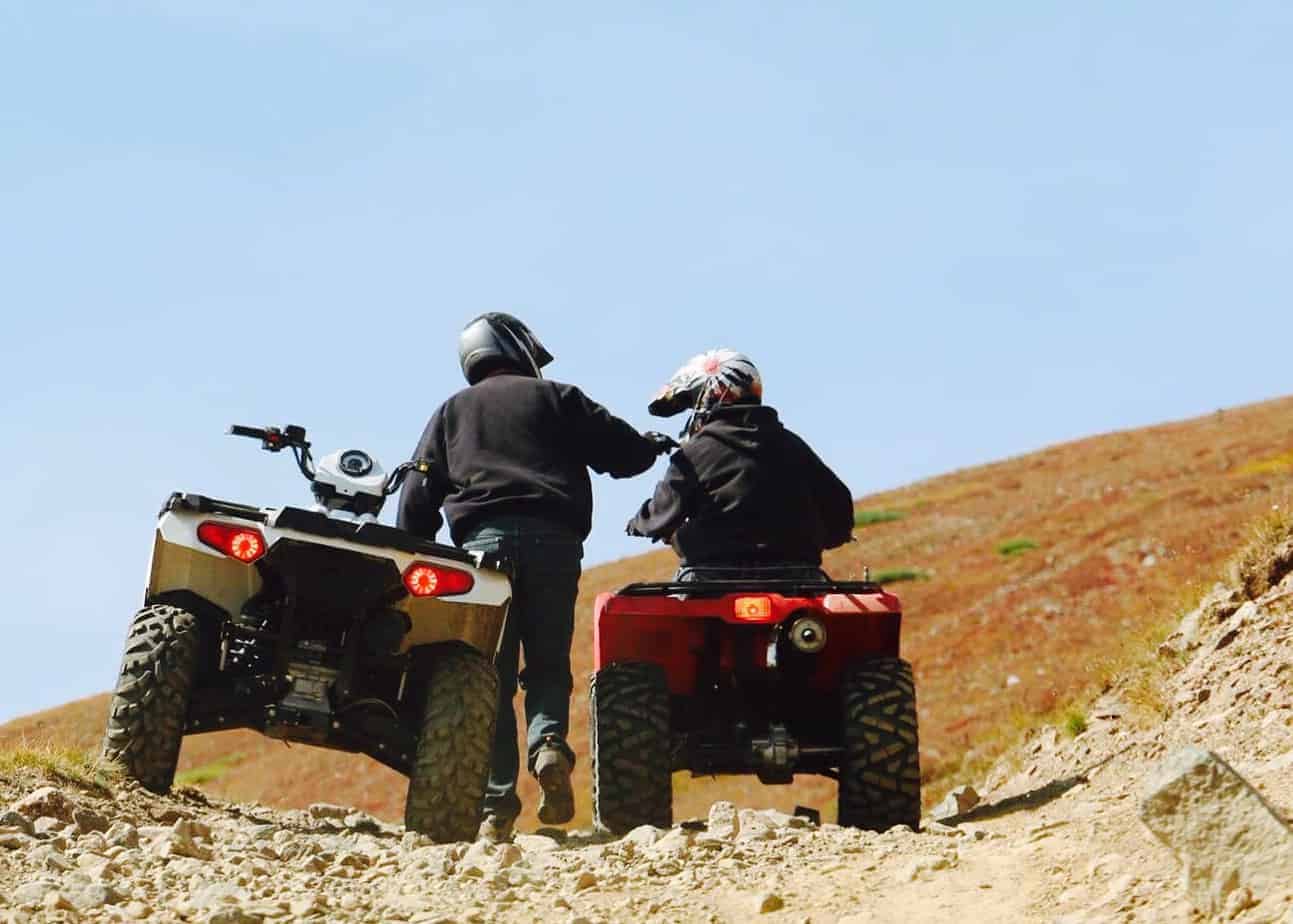 ATVs (All-Terrain Vehicles) are fantastic for spending time outside and exploring the world. There are different types of these vehicles, such as those made for recreation, military, hunting, emergency services, and more. Which ATV has the best power steering? Let’s find out!

The ATV with the best power steering is the 2019 Suzuki King Quad. It has a robust power steering system that works well and goes a long way to preventing fatigue and discomfort. Other strong contenders are the Polaris Sportsman XP, Yamaha Grizzly, and the Honda Fourtrax Foreman.

We’ll be comparing these four to find out which one has the best-performing power steering. First, we’ll discuss the pros and cons of power steering, and then we’ll look at each ATV just mentioned. Finally, we’ll compare them to each other to see which vehicle offers the best power steering experience and crown the winner.

The Benefits of ATV Power Steering

Nothing is ever completely perfect, and even the best power steering systems have faults or displeasing aspects. Let’s look at the various reasons why power steering is incredible.

Electronic power steering is quite useful when you’re hauling some heavy loads. You’ll be in better control of the ATV, and your arms won’t feel as abused at the end of the day. For this reason, power steering is excellent for people who may have some physical weakness that prevents them from steering a non-power steering vehicle.

Power steering makes it possible for physically weaker people to also enjoy the thrill of an ATV. Children and older folks can drive an ATV if the vehicle’s power steering is of good quality. Although this makes ATVs more accessible, care should be taken that children or the elderly who aren’t familiar with the vehicle don’t get hurt.

Because your arms won’t have to work as hard to steer the ATV, you won’t suffer as much fatigue. Whether you’re planning to use your ATV for hunting, trailing, or driving over rocky terrain, you’ll maneuver it much easier. Even the fittest drivers can become tired after a prolonged time on an ATV, but power steering helps decrease fatigue.

On top of giving you better control, power steering also offers a damping feature. This damping increases the safety of the ATV because it helps absorb the impacts of sudden bumps. Damping is especially useful if you’re driving on rocky terrain where rocks and other objects can cause constant jolting of the arms.

The Drawbacks of ATV Power Steering

Let’s look at a few negative aspects of power steering.

An ATV with power steering will cost more than one without this feature. Typically, you can expect to spend between $500 and $1 200 more for power steering. However, for many people, this is justifiable because of the benefits.

When an ATV has a power steering system, extra weight is added to the vehicle. This isn’t really an issue for most people, and they don’t even think about it. However, for others, a lighter vehicle may be necessary, so they will choose one without power steering.

Now let’s take a look at the four most popular ATVs that come with power steering.

Although the Suzuki King Quad is made for recreation, it still packs quite the punch. Its power steering is as efficient as when introduced in 2009 but has seen some nice improvements over the years.

Suzuki increased the assist motor power and pushed it from 160 watts to 220 watts. This increase resulted in a whopping 30% boost in power and efficiency. The Suzuki King Quad now has better maneuverability and allows drivers to take tighter turns.

With its more robust power steering system, this ATV is much more comfortable, and its drivers experience less fatigue, even after long rides. Thanks to the improved power steering, riders will also find its control is more precise.

Upgrades to the CV transmission clutching also helps the King Quad to have more torque combined with a smooth output.

However, it might need some upgrade when it comes to performance when driving slower. More output at lower speeds will improve the power steering even more.

The Polaris Sportsman XP was made for the utility and sports market, which means it delivers impressive performance. Many find this ATV to be unmatched when it comes to packing power for heavier loads.

The power steering system of this vehicle has been superbly designed, and as a result, it handles great. While other ATVs get a bit out of control and oversteer when moving quickly, this one does not.

The Polaris Sportsman XP is a real workhorse with 90 horsepower and a four-stroke ProStar engine. It’s one of the most powerful ATVs with power steering you’ll find.

Add to this the suspension that is perfect for hiking and trailing, and this is undeniably a great ATV.

Unfortunately, though, the power steering does falter when it comes to driving fast. While it is highly sufficient with slower speeds, it doesn’t perform well when higher speeds are reached. For an ATV as powerful and fast as this one, that’s a problem, and power-assisted steering would be appreciated.

Anyone looking for an ATV built for hunting will love the Yamaha Grizzly – it’s considered one of the best for this activity.

The power steering system tends to vary with both the engine speed (RPM) and the vehicle speed. As such, the driver can benefit from steering assistance when taking tight corners and at lower speeds. However, there is less assistance when driving fast.

Unfortunately, this ATV has had issues with its power steering in the past. Yamaha even had to recall about 20 000 of its models. The problems were caused by a defect in the ATVs steering column support assembly – it posed a crash hazard.

Yamaha has since dealt with the issue. For many, this is still something that makes them wary of the ATVs’ power steering performance.

The Yamaha Grizzly is also mighty with a liquid-cooled, 686cc single-cylinder SOHC motor. The torque this ATV offers is almost legendary and makes it a lot of fun to drive.

The Honda Fourtrax Foreman has been built to work and be a reliable ATV that can take on the tough jobs. It boasts innovative power steering and Honda’s Programmed Fuel Injection (PGM-FI), making it a very popular choice.

In addition to being rugged and strong, the Honda Fourtrax Foreman’s power steering and torque come together to create an impressive ATV.

The power steering system has speed and torque sensors that aid in reducing steering efforts as well as rider fatigue.

A fuel injection system and adjustable suspension, along with the quality power steering, makes this a good ATV with admirable power and performance.

We know the pros and cons of power steering and checked out the best ATVs equipped with this feature. Now it’s time to choose which ATV has the best power steering.

Based on all the information, the 2019 Suzuki King Quad is the winner. Its power steering system is one of the best to be found in ATVs.

Although Suzuki needs to work on the power steering’s performance at lower speeds, this ATV still has the best power steering system.