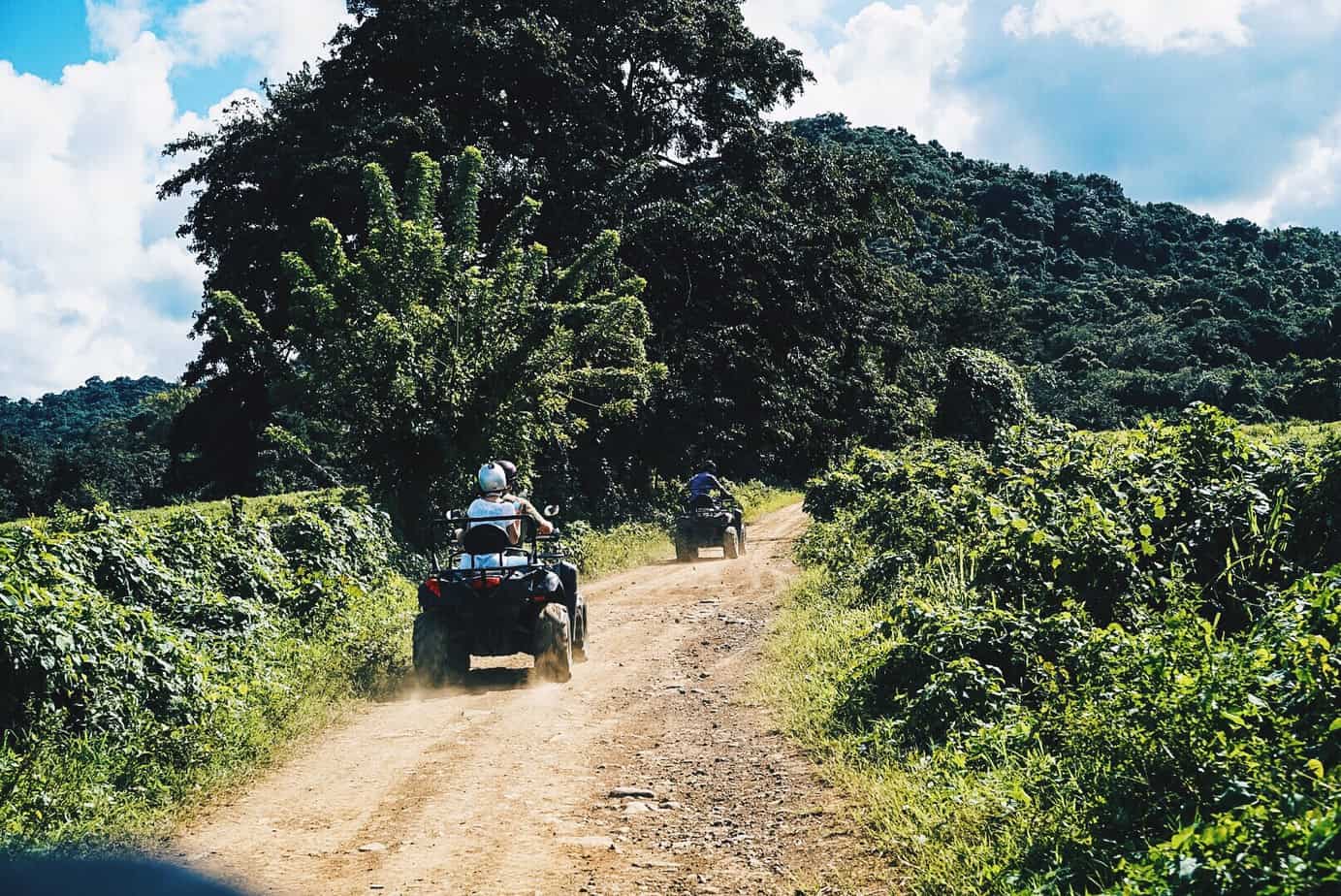 You should change your oil if it becomes gritty, the engine is noisier than usual, the ATV shakes when idling, the oil levels are frequently low, or you hear a ticking noise when starting the ATV. The oil filter plays an essential role in keeping the oil clean, so change it with every oil change.

If you have given your quad more of a workout than average, you might be wondering if it can wait until the next scheduled maintenance or if it needs one earlier. Keep reading to find out how your ATV tells you an oil change is needed.

People mistakenly believe that oil should remain gold and that dark oil is a sign of a dirty engine.

But the oil should darken. Dirt and grime will get into an ATVs engine, and the oil is designed to trap the contaminants. If the oil stays golden, it is not trapping them.

Most likely, the contaminants are being trapped in the oil filter. If you have been driving your vehicle for two to three months and the oil is still gold in color, you might want to change it.

Darker oil does not mean that it needs to be changed. With some engines, oil darkens quickly, so color can sometimes fool you into thinking the oil is dirty.

Small particles of grime in the engine can get mixed into the oil, making the oil gritty.

So while you check your ATVs oil level, rub some between your fingers. If it feels gritty, your engine might need an oil change.

Oil lubricates the crankshaft, bearings, valves, and valve bearings in the engine to smoothly work together. Thin, old, or dirty oil will cause the parts to grind against each other.

Often the grinding will make a knock-like sound when the engine is running.

The engine will become noisier when this happens. Unfortunately, ATVs can be loud, so it’s easy to miss increased engine noise.

If everything is working the way it should, the idle will be smooth. However, if your ATV has unusual vibrations, it could be a sign that something is amiss.

You will often notice poorer performance and lower gas mileage.

The air filter might be clogged, affecting the performance of your vehicle. This problem is more pronounced with an ATV than a car because of where the ATV takes you.

Needing to add some oil between changes is expected.  However, if your reservoir shows the oil level is way below the minimum, your engine is overdue for an oil change.

Often a small leak causes the engine to lose oil slowly. You might have a small leak at the drain plug or in the O-ring for the air filter.

Don’t wait to change the oil. Replacing the air filter or putting a new washer on the drain plug might fix the problem. If it happens again, you do not need an oil change. Your ATV needs to be serviced.

As soon as your vehicle is started, oil begins circulating through the engine. Dirty or gritty oil delays that process.

The engine’s valves need to work harder to move the oil, and that can cause the ticking noise.

If your ATV exhibits one or more of these six signs and it has been a while since you changed the oil, it might be time to do one.

When Are Oil Changes Recommended?

Most manufacturers say you should consult the owner’s manual for your vehicle. That’s all well and good—for people who keep up with their manuals.

Generally, the first oil change, called a break-in oil change, should be done after 25 hours of use (or one month). Then at 100 hours, six months, or 1,000 miles, according to the Polaris website. A Gold Eagle site says 100 hours or every year. And if you head over to ATV forums, you’ll see as many opinions as commentators.

For these reasons, we recommend you do three things:

It’s because we ask much more from our ATVs engines. Sure, a car drives faster? But that’s highway speeds. Do you take your car mudding, through rough backwoods terrain, or ice fishing?

In other words, we put more stress on our ATVs engines. An ATVs engine runs hotter, at higher RPMs, with less oil. All oil eventually loses viscosity, but ATVs lose it faster. And the oil that has lost its viscosity will not develop the film required to protect the engine against wear and tear.

The demands we place on the ATVs engine require a different kind of oil from automotive oil, for these reasons:

So should you use car oil in your ATV? No. Will you find people who say they do? Yes. But are they telling you the whole story? How often do they use the ATV, and under what conditions? And how frequently are they changing their oil? Are you willing to risk ruining your ATV’s engine because of one person’s anecdotal story?

Don’t Forget About Other Maintenance Items

Your oil is only as clean as your filter. A dirty filter cannot hold onto dirt and impurities in the oil. Before you know it, you need to change your oil again. Do not blame the oil if you didn’t change the filter.

Add a fuel stabilizer if you plan to have gas sitting in the tank for a month or longer. The stabilizer keeps the gas from breaking down and releasing a varnish that will start to clog fuel passages in your carburetor.

And don’t forget another essential fluid—water. Sure, you can keep the caked-on mud on your quad as a badge of honor, but mud and dirt packed in around an engine reduce heat transfer, which leads to higher temperatures. And we know what heat does to oil.

When you hear or see the warning signs such as gritty oil or a noisier engine, your quad is trying to tell you something. If you haven’t changed the oil recently or have been running it harder than usual, it could be asking for an oil change.