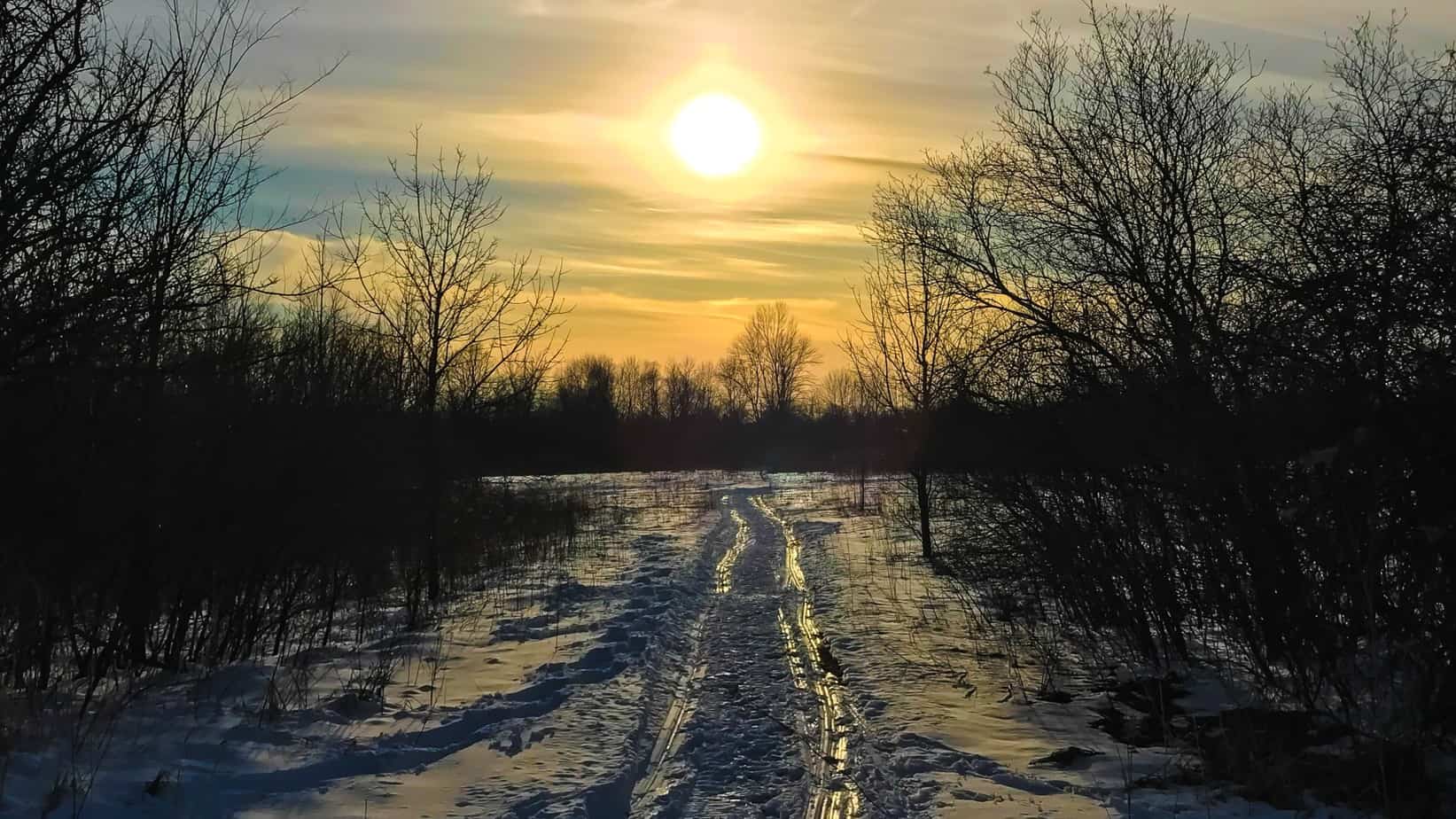 The first snowmobile was invented by Armand Bombardier in 1922 and worked on a principle similar to that of modern day snowmobiles. While at first snowmobiles were invented as a utility, snowmobiles became popular in the mid-1970s when people began to use them as recreational vehicles.

The unattractive designs and low efficiency of the earliest snowmobiles were parts of the reasons they couldn’t gain popularity in the 1920s. However, the addition of better features over many years made it popular eventually. As you read on, you will see how some features gave rise to the development of the snowmobiles that we see around today.

When Snowmobiles First Came Out and Got Popular

Many vehicles that could move on snow came into existence in the early 1920s, but the one that Armand Bombardier made is the first vehicle to serve as a prototype of the modern snowmobiles. Bombardier’s vehicle could glide over snow, but it had low efficiency.

Towards the end of 1920s, Carl Eliason invented a vehicle that operates on a more efficient engine. Eliason added more features to his vehicles to make them fit for the market. Throughout the 1930s, he sold many snowmobiles that he also manufactured.

Many people knew about snowmobile during this period, but it didn’t gain much popularity because people only really used them for a few transportation needs.

The features that snowmobiles had in the early 1970s made them ideal for recreational purposes, which was why people bought several snowmobiles and their popularity soared. In 1971 alone, people purchased about 500,000 snowmobiles.

When Did Snowmobiles Get Fuel Injection?

When Did Snowmobiles Require Titles?

Snowmobiles started requiring titles at the start of the 1980’s after snowmobiling became so popular, that enthusiast were starting to affect local wildlife. This caused authorities to introduce some measures to restrict the use of snowmobiles. Snowmobile titling is part of the measures many local authorities introduced in the 1980’s.

In some areas, the title fees are used to pay for conservation efforts.

When Did Snowmobiles Get Reverse?

In 1998, Ski-Doo started manufacturing snowmobiles with a reverse system. Ski-Doo named the reverse a Rotax Electronic Reverse, and soon after other manufacturers started incorporating reverse into their models. Now, almost all snowmobiles being sold have a reverse feature.

When Did Snowmobiles Get Four-Stroke Engines?

When Did Electric Snowmobile Get into The Market?

Despite being light, the Taiga TS2 overperforms even the best combustion snowmobile. Its electric motor operates using a battery pack that can last over a range of 100 kilometers before there is a need for recharging.

To make Taiga TS2 fit perfectly into the present-day digital world, its manufacturer added GPS, wi-fi connectivity, and software update features to it. Also, its engine works very quietly and does not produce any emission that can constitute air pollution.

When Was The First Turbo Snowmobile Introduced?

In an attempt to obtain extremely high power from snowmobile engines, Ski-Doo designed two-stroke turbo engines. Ski-Doo launched this new in its 850 E-TEC Turbo in January 2020. This new snowmobile performs consistently at all altitudes and promises riders an enjoyable experience.

It can generate 165 horsepower up to an altitude of 2438m. Deep-snow riders can now get to higher altitudes without panicking.

When Did Diesel Snowmobiles Come Into Existence?

When Did The Multi-Fuel Snowmobile Come Into Existence?

In 2015, DEW Engineering company successfully produced D900, a multi-fuel snowmobile for military use. The D900 runs on either diesel or F-34 fuel. It economizes fuel, making it ideal for long-distance patrols. It can travel as far as 500 kilometers on a full tank.

The major reason why D900 is suitable for military use is its ability to run on the two fuels that are readily available in almost all military bases. Also, its ability to tow a load as heavy as 400kg makes it a good military vehicle. The D900 components were designed to withstand harsh conditions and provide long term servicing.

When Was The First Michigan Snowmobile Festival?

Where Are The Best Places for Snowmobile Riding?

Sicamous is one of the best riding locations. Its elevation is not too high and thereby provides plenty of oxygen for both the riders and their engines. Snows always abound in Sicamous in winter, so riders can always depend on this location.

This is another great location to enjoy snowmobile riding. Its trail system is well-maintained, and it has quite a huge volume of fluffy snow. If you really enjoy watching snow spray as you ride across, then Grand Lake is the perfect location for you.

Pemberton is a place where you will find a glossy ice field in winter. It has some coastal mountains and a wide area with snow. Riders will enjoy the 30 miles of free trails that the Pemberton Valley Trail Association completed in 2012.

West Yellowstone remains one of the best snowmobiling destinations for hardcore riders. It has about 143 inches of snowfall every year, making it a snow-rich area. Riders can enjoy quite a number of gorgeous views as they move across deep snow.

Colorado is a nice place for advanced riders. The steep sides of the rocky mountains in this location serve as challenging terrain for those who like to snowballing maximally. The naturally elevated land of Colorado results in a refreshing climate which riders will definitely enjoy.

With about 177 inches of snowfall every year, Old Forge stands as an ideal place for snowmobiling. The trails in this location run into hundreds of miles, which means that riders can go as far as they wish. The winter cannibal and mountain scenery also serve as an extra level of recreation.