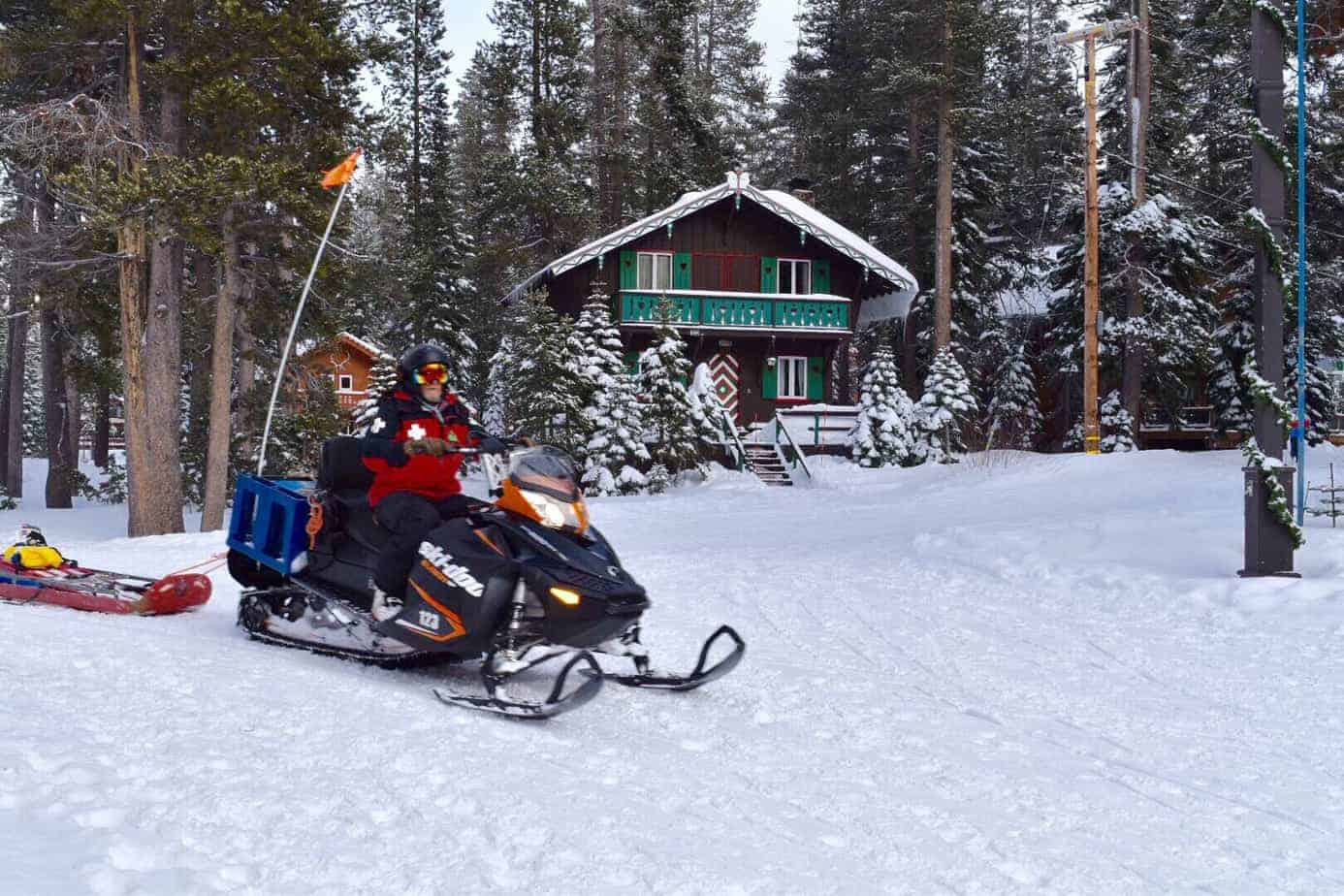 It’s possible you’ve heard snowmobile aficionados talk about hyfax. And yet you have no idea what they were talking about. Don’t worry. You’ll find all you need to know about hyfax in this post.

Hyfax are essentially hard plastic strips. These strips are attached to the bottom of the rails on your skid. The skid is made up of the rear track rails of your snowmobile as well as the suspension. The function of the hyfax is to protect the aluminium rails from wearing out in the track.

It’s common to see people refer to hyfax sometimes as slides or sliders. Hyfax plays an important role in extending the longevity of your skid. Instead of your skid wearing out due to contact with the tracks, it’s actually the hyfax that wears out. And this means you don’t have to replace your rails at the end of each snowmobiling season.

You’ll have to replace your hyfax eventually after it has reached a particular degree of wear.

What Is A Hyfax On A Snowmobile?

As mentioned in the introduction, hyfax are plastic strips. The material used to manufacture most hyfax is UHMW (ultra-high molecular weight polyethylene). UHMW is used because of its strength – the plastic is super tough. Also, UHMW is highly resistant to abrasion and wear.

The durability of this plastic makes a popular choice of material for the manufacture of hyfax.

To understand what hyfax are, you have to know what snowmobile skids are. A skid is one of the most important components of a snowmobile. And it’s a structure consisting of the skis, front suspension as well as the rear suspension. The skid as a whole is a major determinant of the quality of riding on a snowmobile. And it also affects the manoeuvrability of the sled.

The rear suspension of the skid is usually made of aluminium or steel. These metals are in contact with the tracks during snowmobiling and start to wear off after some time. The rate at which they wear off will depend on a number of factors.

If you are not so lucky, you might find your skid damaged by the end of the snowmobiling season. And you’ll have no choice but to replace them and this will definitely cost you some money. Skids aren’t exactly cheap.

There are many snowmobile enthusiasts that would not consider riding without hyfax. And with good reasons too. The most obvious benefit of hyfax is that it helps protect your investment.

Snowmobiles are expensive machines and you’ll do well to use any additional products that will help ensure their longevity. Hyfax is one of such products.

Hyfax also saves you money. A hyfax is cheap when compared to the cost of buying a new skid for your snowmobile.

Do All Snowmobiles Have A Hyfax?

Most snowmobile manufacturers will include a hyfax in their sleds. However, if your sled doesn’t come with a hyfax, you can easily get one from any snowmobile shop. The price of a new hyfax varies and could be as little as $30 to as high as $80.

Brand and quality have an effect on the price of a hyfax.

How Long Does A Hyfax Last, When To Replace?

It’s not unusual to see people get nervous about their hyfax and change them too early. And they’ll end up not getting the most value for their money. It’s therefore important to know when to replace your hyfax.

Hyfax don’t have a definite lifespan. How long your hyfax lasts will be largely determined by the conditions in which you ride as well as the skid geometry. It’s common to see people using mileage to measure the lifespan of a hyfax. But it’s far from accurate.

The geometry of the rear skid also affects the longevity of your hyfax. Some sleds are harder on hyfax than others. If your track runs tighter to the rear skid, your hyfax will wear out faster than expected.

The quality of the hyfax also affects its longevity. Thinner hyfax tends to wear out faster while thicker ones tend to be more durable.

Check The Wear Line On Your Snowmobile Hyfax

Hyfax comes with a wear line on is side. This line runs down the entire length of the slider. A simple look at the wear line is all you need to know if you need to change your hyfax or not.

As your hyfax wears out, you’ll notice the line getting closer. Always check the wear line if you snowmobile a lot. It’s time to change your hyfax when you reach or are very close to the wear line.

Inspect The Thickness of The Hyfax

While the wear line is the standard for determining when to change your hyfax, you should also check the fitness every once in a while. This is because it’s possible that all sides of the hyfax will not wear out evenly, especially the end part.

Should you notice a particular side of the hyfax very close to the wear line, then it’s time to change the hyfax.

Mileage: Mileage isn’t an accurate indicator of when to change your hyfax. However, you should regularly inspect your slider after reaching 2,000 – 3,000 miles.

How To Change A Hyfax On A Snowmobile

Changing a hyfax can be somewhat challenging especially if it’s your first time. But with patience and proper instructions, you’ll get the hang of it in no time.

The first thing you should do when you want to change your hyfax is to get the weight off your track by propping it on the rear end. You can also set your sled to lie sideways.

Then, you have to measure the width of the track’s window and the hyfax. A wider window means you can easily pull out the hyfax without any problems while a narrower window requires you to take out some part of the rear suspension.

Below is a step-by-step guide on how to remove your hyfax.

Here’s a helpful video showing the process in action:

Getting The Most Out Of Your Hyfax – Using Ice Scratchers

Riding on ice or little snow isn’t good for your hyfax as it wears it out faster. If you constantly ride in these conditions, you might need an ice scratcher to improve the longevity of your hyfax.