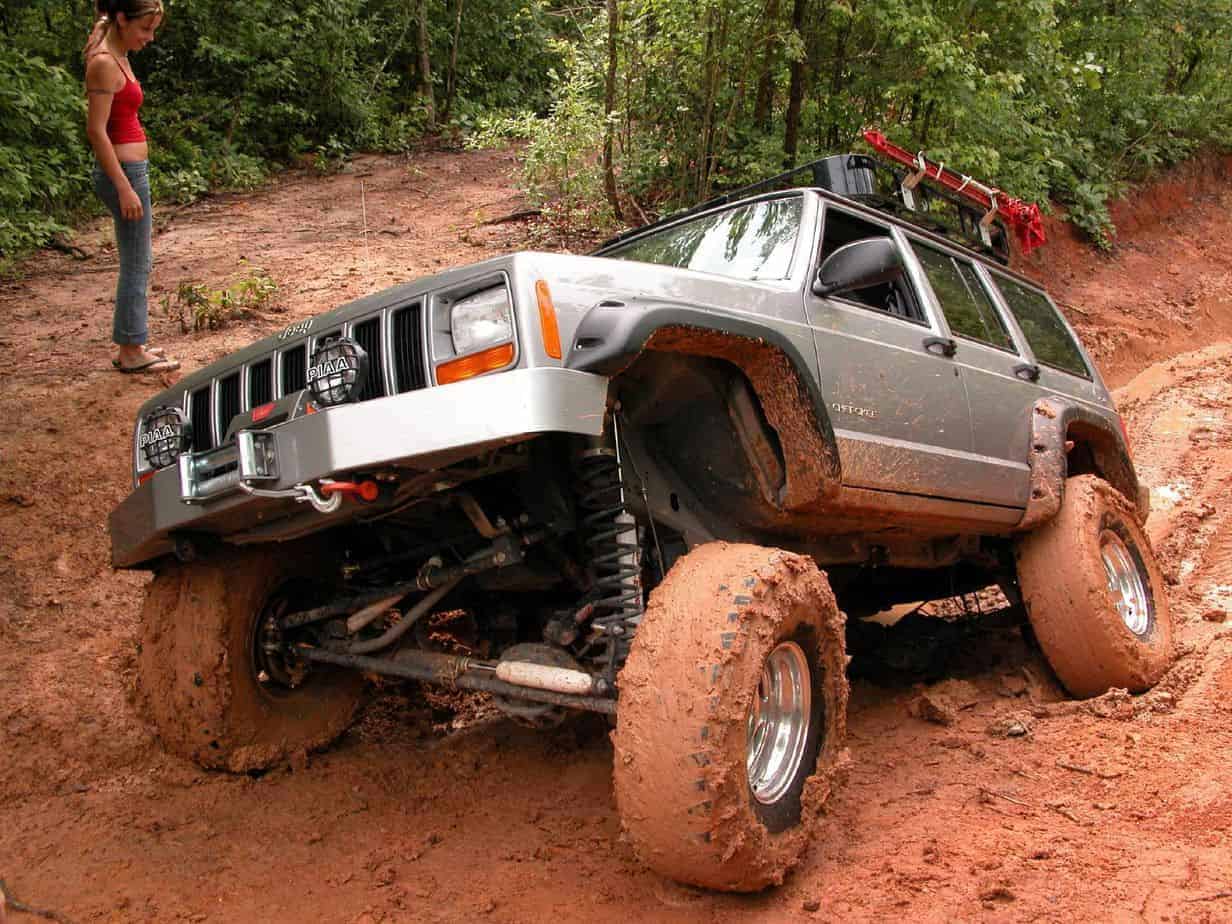 That may have sounded confusing, so I will go into more detail of each term individually. A lot of people use these terms interchangeably, but they may not be technically correct all the time. Lets talk about why.

The definition of an all terrain vehicle is, a small open motor vehicle with one or two seats and three or more wheels fitted with large tires, designed for use on rough ground. That comes straight from the Oxford Dictionary here.

But if you look up the American National Standards Institute (ANSI) definition. They define an ATV as a vehicle that travels on low pressure tires, with a seat that is straddled by the operator, with handle bars for steering. That definition more accurately defines what the term ATV is used for most often, but is not the definition of all terrain vehicle.

Even though the definition says ‘small open motor’ the term ATV is used to describe anything from small three wheelers to large off roading jeeps. Even six wheeled vehicles fall into this category because the definition only requires it have three or more wheels.

You may also have heard the term UTV – utility terrain vehicles, or side by sides. These are also technically ATVs. The most common use of the term ATV now a days is for utility four wheelers that are made to carry heavy loads and do yard work or farm work.

If you look up the definition for quad, you will most likely get something about a quad on a college campus or something like that. But in the off roading world, a quad is an ATV with four wheels.

Quads are mostly refereed to as the fun recreational ATVs. These are great for trail riding and you may have even seen motocross races featuring various different types of quads. The fun riding and racing quads are usually only rear wheel drive, but there are four wheel drive quads available.

But in the off roading community, that is not usually the case. Most of the time people will only refer to an ATV as a four wheeler if it has four wheel drive, otherwise they would call it a quad.

So as you can see, it’s perfectly reasonable to interchange these terms in certain cases, and many people will interchange the terms the wrong way. Just think of it this way, an ATV or four wheeler is more of a working vehicle, and a quad is usually more for fun or racing. I hope this helped clear up the difference between a four wheeler, a quad, and an ATV.