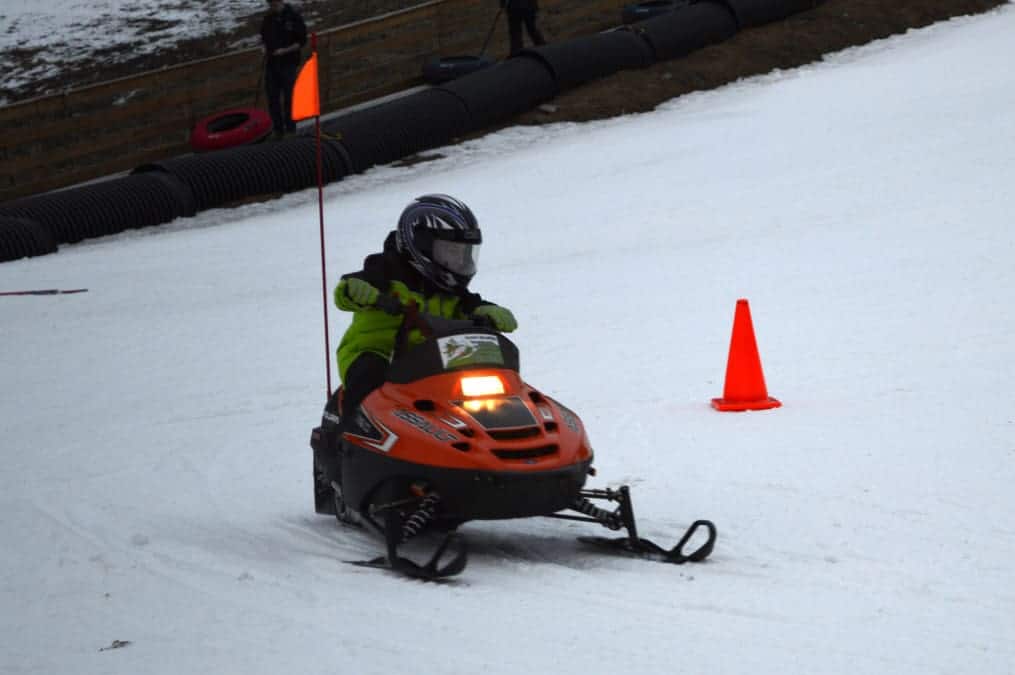 Since the creation of the first snowmobile, the industry has grown so much that we are talking in ciphers of tens of thousands of dollars. For a relatively obscure winter pastime – it’s great. But is snowmobiling more than just a pastime? Is it a sport? An Olympic sport? Let us see.

In today’s article, we are going to explore three different sides of snowmobiling. We are going to talk about snowmobiling as a sport, as an Olympic sport, and as a popular winter pastime. So, if you want to know more about this topic, be sure to read the rest of our article.

Is Snowmobiling A Sport?

Although usually perceived as nothing more than a fun activity, snowmobiling definitely is a sport in the modern day.

There is no single, universal definition of sports, so we can state that it is actually any form of a competitive game or physical activity in which individuals or teams compete against each other in accordance with the rules of the game, aiming to outscore or beat each other.

Sports have been played since the dawn of civilization and today there are too many to list. Some are officially recognized as such, while some are still in the rank of a local tradition, despite satisfying all the criteria of a sport.

As for snowmobiling, the situation is pretty clear.

Snowmobiling is without a doubt a sport. It wasn’t one when the activity first started – it was just a recreational activity for colder parts of the world – but with the development of technology and the growing popularity of snowmobiling, it has since become a sport.

Snowmobiling is a racing sport, where individuals compete against each other to determine the fastest among them.

Although still globally obscure, snowmobiling is represented by several international competitions and events. The most popular among these events is – without a doubt – the International 500 (also called “the Soo-500”), driven in Sault Ste. Marie, Michigan.

The event was initiated in 1969 and was inspired by the famous Indianapolis 500 race. It is today the longest single-day snowmobile race in the world and certainly the one with the longest tradition. It is known throughout the country. (source)

Here’s some great fan footage of the I-500 to give you an idea of what these races feel like:

Another famous snowmobile race (this is an off-road variant) is the Iron Dog, an event where drivers race across the state of Alaska.

This event started back in 1984 and has since increased, both in the track length and the number of participants. It is usually driven in mid-February, quite often in very harsh weather conditions.

The current record is around 35.5 hours, which means that this is not a single-day event like the former one.

Here’s an awesome promo video of the Iron Dog snowmobile races in Alaska that will get you pumped about the upcoming races:

These are just some of the most famous examples of snowmobile races, but they are certainly not the only ones.

But despite all of that, snowmobiling as a sport keeps growing and there are more and more recreationalists every year who are willing to test their skills in an actual race, so don’t be surprised if – after some years have passed – snowmobiling becomes a major winter sport.

We’d also like to state that – although similar to a lot of other extreme sports – snowmobiling itself is not an extreme sport, i.e., it is not classified as such in the sporting community.

Is Snowmobiling an Olympic Sport?

Is snowmobiling an Olympic sport? To be short and sweet: – no, it is not. And don’t expect to see it in the Olympics soon, if ever.

The Olympics are the world’s largest and biggest sporting event, held every four years and organized by the International Olympic Committee (IOC). Inspired by the Ancient Olympic Games, the first modern Olympic Games were held in 1896 in Athens, thanks to the efforts of Baron Pierre de Coubertin.

The Winter Olympics contest several different winter sports and if snowmobiling would be considered, it would certainly be a winter event.

The IOC has several criteria based on which it defines and chooses its Olympic sports.

The first one is that it is a sporting event organized and supervised by an existing non-governmental, international sports association, which has to become a part of the Olympic movement and adhere to the Olympic Charter and the IOC’s anti-doping policies.

The association then applies for membership in the IOC, who – in turn – classifies the sport either as a sport, a discipline or an event. Once this administrative procedure is done, the IOC will monitor the sport and its presence in the world.

The sport must also popularize the Olympic movement and contribute to the popularization of the Olympic spirit and the Games themselves.

There are also several criteria that automatically eliminate a sport from becoming a part of the Games, like the sport being a “mind game” only (e.g. chess) or being dependent on mechanical additions (e.g. automobile racing).

We assume you’re already aware as to why snowmobiling will probably never become an Olympic sport, but let us clarify.

This is why snowmobiling has not yet appeared at the Olympics (not even as a demonstration sport) and why it probably never will.

There is also the question of snowmobiling being very close to an extreme sport, but that could also be settled by bending the rules a bit like it was done with snowboarding.

The IOC constantly changes its rules, but seeing that there is an obvious ban on mechanical devices at the Olympics, don’t get hopeful about seeing snowmobiling at the Games anywhere in the near future.

Benefits of Snowmobiling For Recreation

Before becoming a sport or anything else, snowmobiling was a form of recreation and pastime for people who lived in the north, where they couldn’t do much during the winter months.

A study made in 1999 showed that snowmobiling was considered to be a fun, outdoor activity that increased the recreational potential of people living in the north, because it allowed them to spend time outdoors, even with all the snow and the low temperatures.

Snowmobiling today is most often practiced as a form of recreation. People enjoy it because it is fun, you get to spend time outdoors and hang out with your friends.

Whether you’re a visiting tourist or a local, you’ll always be able to have fun with the snowmobile during the cold winter months. A lot of hotels often offer snowmobiling as part of their services, so you can enjoy your stay there even more.

What you need to know is that you do need a license for snowmobiling in some areas and that you have to take up several classes to familiarize yourself with the vehicle and its abilities.

Be that as it may, more and more people are practicing snowmobiling and its growing in popularity – both as a form of pastime and as a sport – is certainly something we should watch out for.

As you can see, snowmobiling is very layered and it has several perspectives from which it can be approached.

Snowmobiling definitely is a sport in the modern sense of the term, but due to the lack of an international association, it is still considered to be unofficial by many.

This is among the reasons why it’s not an Olympic sport, but since the IOC bans sports that rely on mechanical devices, snowmobiling will probably never become a part of the Olympic family.

Finally, it is a very popular form of recreation that is practiced in colder parts of the world.