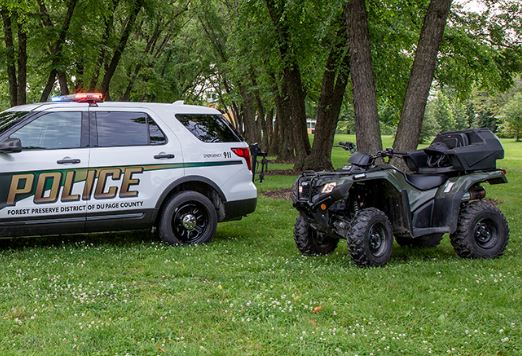 Riding ATVs is a fun and exhilarating hobby, but it’s also very expensive. This is why there’s a healthy used ATV market in any area where they’re common. After all, no-one can resist a bargain… but the danger of buying a broken or stolen ATV is very real, and the consequences can be harsh (at the very least it will be taken away if found by the police).

Of course, the best way to avoid buying a stolen ATV is to buy new or to buy from a reputable dealer. This is also the most expensive option, however, and if you’re buying for a family the costs can rack up very quickly.

How Common They Are and Why You Should Worry

ATV’s are some of the most commonly stolen vehicles. In fact, in 2018 more than 19,000 ATVs were stolen in the USA. This shouldn’t be surprising, though; they’re smaller and more accessible than cars and they’re not always out and about where police can easily trace them. This makes them prime targets for thieves looking to sell them on.

If you’re thinking this we get it, believe us, it’s hard to understand how you could get in trouble for something you didn’t do, but there are dangers. If the police find out that your ATV is stolen they will most definitely confiscate it and ask who you bought it from. That’s the best-case scenario; the original owner getting it back and you being out of pocket.

The worst-case scenario is that the police think you knew the ATV was stolen, and they may charge you with possessing or trafficking stolen goods. That, of course, is not ideal.

Luckily enough there are a few telltale signs that an ATV is stolen that you can watch out for. The first red flag is the price; used ATVs may be cheaper than new ones, but there is a reasonable price range that they fall into.

If an ATV is priced at less than 2/3 of what it would cost you straight out of the dealership then it may be in poor condition or not entirely legitimate. Of course, there are some reasons why someone might sell their ATV at a knockdown price, desperation for example, but it’s up to you to decide if you believe what they say or not.

If you don’t there are some things you can do to ensure that they are legitimate.

Title requirements change depending on which part of the country you live in, so check up on your state’s laws. If the seller doesn’t have a title there are a few possible reasons as to why that may be.

Firstly, in some states, the title isn’t given by the dealership at the point of purchase. In this case, the owner is required to go to the DMV to get it; many people don’t do this as it is time-consuming and can be costly. In these cases, you should be able to go to the DMV with them to get the title signed over.

Of course, the other possibility is that the ATV is stolen and they have no access to the titles at all.

If they do produce a title, however, and their name does not match the title this is also a red flag. There is a chance that they really are selling it for a friend, but it’s just as likely that they stole the ATV and the title. As unlikely as this sounds, a good thief could easily manage it.

Some older ATVs won’t have a title or a title isn’t required to buy or sell the ATV. In these cases always write up a bill of sale. To get more info on a bill of sale, and a bill of sale template, check out my ATV Bill Of Sale article.

If you want to be absolutely certain that an ATV is legitimately owned you should ask the seller for the VIN number and run a free check in advance of paying any deposit. The VIN will be stamped on the frame of the quad somewhere.

When checking the VIN you should make sure that it’s not only a valid number but that it matches the year of the model you’re thinking of buying. ATV numbers are unique, and so while one digit denotes the year, another validates it.

If the VIN comes back invalid, or they don’t have a VIN number, this is a huge red flag. If, however, the VIN number is valid but is presenting a different model year this is also an issue. It could be that In either case, we recommend erring on the side of caution and not buying that vehicle.

This may seem archaic, but it is true; if you feel that something isn’t quite right, if the seller is cagey and wants to meet you away from their home, or the deal seems just too good to be true you should listen to that feeling in your gut to save yourself real trouble.

How to Avoid Getting a Bad Deal

If you’re looking at ATVs and you have concerns, you should take a friend with you. Not only will they be able to give you a second opinion, but they are also likely to notice any details that are off and ask questions that you may not think to if the excitement gets the best of you! You should also shop around; check out a few different ATVs of the same model to get an idea of what is a good price, and what good condition looks like.

You should also make sure that you get a complete bill of sale. This contract between you and the seller includes all details about the sale including the ATV’s price, condition, the VIN, and the seller’s details. This will give you protection in case the ATV is faulty.

How to Deal With a Stolen ATV

Should You Call the Police?

If you’ve found out that an ATV you were about to buy is stolen, or you’re starting to suspect that an ATV you’ve already bought was stolen, what do you do? First, let’s cover what you shouldn’t do. Do not confront the seller directly!

Instead, save all the correspondence you have from them and contact the police. Pass all the information you have over to them; if you’ve already bought the ATV they will confiscate it, but you can sue the seller for your money at a later date.

This will keep you out of hot water, legally speaking, and ensure that the original owner gets their ATV back (which can only be good for your karma).