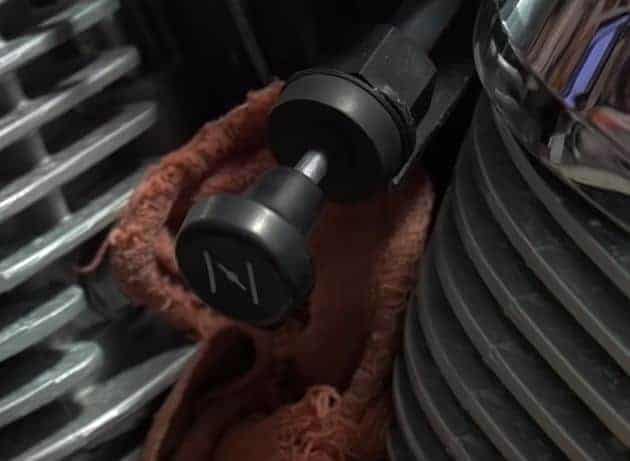 You may have heard of a choke before and noticed your machine has one. But how does a choke work? Well, I’ll explain that here, as well as when to use a choke and common problems with ATV chokes.

A choke is only seen on a carburetor of a carbureted engine. If you have a fuel injected engine, but still notice what looks like a choke lever, that is actually a fast idle or idle advance. It serves the same purpose but works in a different way than a choke.

Another thing many people confuse for a choke, is called the enricher. They work the same way as a ‘fast idle’ in theory but are found mostly on carbureted engines. I’ll give a brief explanation of each of these. Because a choke, an idle advance, and an enricher are all used for mostly the same purpose.

How An ATV Choke Works

An ATV choke works by blocking some of the air from entering the carburetor and mixing with the fuel. When the choke is on, the air/fuel mixture entering the engine is a lot richer (more fuel than normal) which helps start and keep an engine running if it’s cold. Once the engine warms up, you can turn the choke back off.

Notice in the diagram below, the choke valve is allowing maximum air to pass through the carburetor to mix with the fuel. The choke is in the off position in this picture. This is how a warmed up engine will look.

If you are starting the engine on a cold day, you may want to use the choke to help you start and idle the engine. When you set the choke to the on position, the choke valve will close, blocking a lot of air from entering and mixing with the fuel.

The fuel/air mixture will be very rich (contain a lot of fuel) which helps get a cold engine started and idling. You won’t want to leave the choke on while you ride, the choke could actually stall the engine once it warms up.

An idle advance is mostly seen on fuel injected engines, but has the same purpose as a choke. You would use it to start a cold engine. The idle advance however, is essentially just adding extra fuel to the engine rather than limiting air the way a choke does.

This still creates a richer air/fuel ratio and helps start cold engine all the same.

The enricher works the same way an idle advance, but is found inside a carburetor. They basically add fuel to the air/fuel mixture helping start cold engines. Many people confuse the enricher with a choke because it is on a carburetor and operates from a lever or plunger like a choke does.

How To Use An ATV Choke

An ATV choke is most useful to start a cold engine. By creating a richer fuel to air ratio, the engine has more gas to stay running. Once the engine is warmed up though, it won’t need the extra fuel. You shouldn’t ride or rev the ATV while the choke is on. Wait for the engine to warm up, turn the choke off, and then you can ride.

There are four main types of ATV choke. The plunger style, lever style, handle style, and switch style. I’ll go over each of these and how you’re supposed to use them. Here is a picture to show you the differences.

To open the choke to start a cold engine, pull up on the plunger type choke. Once the engine is warm, push the plunger back to be all the way suppressed.

To open the choke to start a cold engine, pull up on the switch so it is sticking straight out, 90 degrees from its starting position. Once the engine is warmed up, return the switch to its original position.

Here I will answer some of the most common choke related questions I get. Not all of these are a simple easy fix, but maybe I can help point you in the right direction.

My ATV Choke Won’t Stay On

This problem happens quite a bit actually. It’s when you pull the choke to the open position, and it immediately slides back a little bit. This causes the choke to only be half on or turn all the way back off completely.

Of course you could just stand there holding it on, but who wants to do that. The most common reason this happens is because the cap to the choke comes loose. When this happens the little grips that apply pressure to the choke tube don’t grab and hold as strongly anymore.

Simply pull back the rubber gasket protecting the choke tube, right under the choke plunger you pull up on. And you should find a little cap that screws in and out to adjust the tightness of the choke. Tighten er down a bit and you should see an improvement.

ATV Only Runs With The Choke On

This screams carburetor problems all over it. Sure you could adjust your idle screw first and maybe that will fix it. If the idle screw is set to idle too low, the engine will die everytime you turn the choke off.

But you’re probably going to need to clean your carburetor out good. I mean take apart and clean everything especially the needle jet/pilot jet. This happens a lot if old gas has been sitting in the float bowl for too long.

The carburetor is prone to getting plugged up from debris in gas or from old gas gumming things up.

If none of these answers helped you, you may need to replace the choke and choke cable on the machine. This usually isn’t the case. If you’ve ruled out choke problems and don’t know where to start, check out my ATV Won’t Start: Common Problems And How To Fix article for a step by step guide.