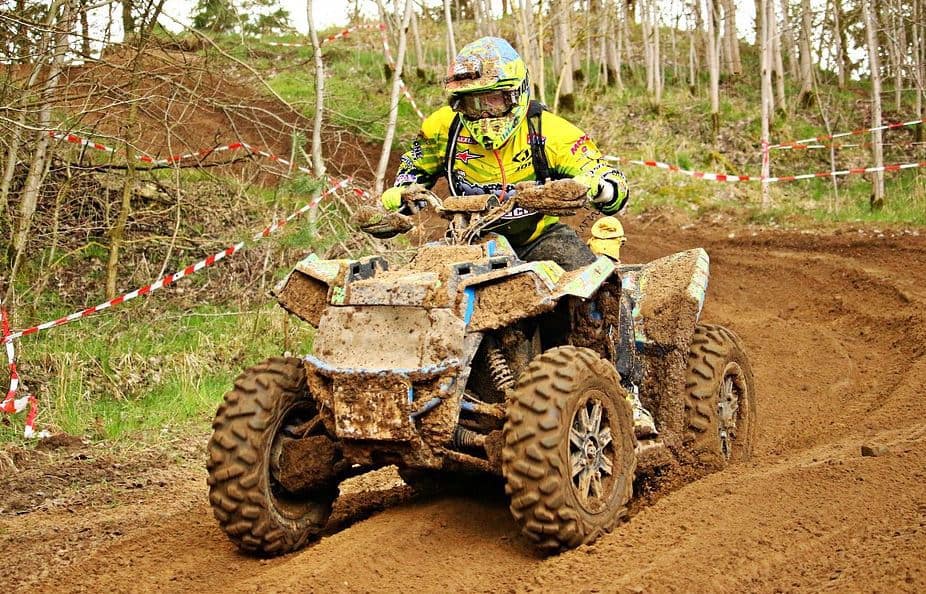 An ATV carburetor performs the vital role of mixing air and gasoline (in the right amounts) before getting the mixture into the ATV’S cylinders. Although not commonly used in modern ATV releases, carburetors are still popular for owners who don’t mind tuning their cars or ATVs frequently. But how does an ATV carburetor work?

An ATV carburetor works by mixing air and fuel to allow for internal combustion. Carburetors usually have a narrow kink called a venturi that speeds up the air, thus lowering its pressure. Decreased air pressure allows the fuel pipe to release fuel, allowing air and fuel to mix in the cylinders.

Curious to learn how an ATV carburetor works? Then you couldn’t be in a better place. Read on as we break down the basic functions of a carburetor.

What Is a Carburetor?

A carburetor is a mechanical device that mixes fuel and air to allow for internal combustion. Its function is inspired by Bernoulli’s principle, which states that as air moves faster, its static pressure reduces, consequently increasing its dynamic pressure.

An ATV carburetor has an open pipe in the form of a venturi, which allows for the passage of air into the engine’s inlet manifold. The inlet manifold, also called the intake manifold, is part of the engine that supplies the air/fuel mixture to the cylinders.

The venturi widens and narrows strategically to regulate airspeed. You’ll find a butterfly valve known as the throttle valve, which can be turned to either block or allow airflow into the system. By controlling the amount of air that flows through the carburetor’s throat, the valve determines the air/fuel mixture ratio, thus regulating engine speed and power.

The narrowest part of the venturi usually has small holes that allow for the introduction of fuel. The presence of jets ensures that fuel flow is regulated precisely in the fuel path, thus allowing for proper combustion.

How Does an ATV Carburetor Work?

Carburetors usually vary in terms of design and complexity. However, most of these mechanical devices function on the same basic principle- mixing air and fuel to promote combustion and consequently power the engine.

You’ll find that most ATV carburetors use a simple design. They have a vertical air pipe that’s strategically located above the engine cylinders. The vertical air pipe is then joined to a horizontal fuel pipe (at the narrowest part of the venturi).

The failing pressure of the speeded-up air creates a much-needed sucking effect for the release of fuel. The air-fuel mixture can then be regulated through two swiveling valves located above and below the carburetor’s venturi.

The top valve is called a choke and regulates the amount of air that can flow in the venturi. When the choke is closed, airflow is restricted, allowing the venturi to suck in more fuel, thus giving the engine a fuel-rich mixture.

This comes in extra handy when the engine is cold, running quite slow, or when it’s just starting up.

This results in more energy release, increased power, and eventually a faster ATV, hence explaining why opening the throttle valve allows an engine to accelerate.

Here’s a quick animation showing how a carb works:

Here’s a quick summary of how the ATV carburetor works:

Why Aren’t Carburetors As Popular as Before?

Carburetors have been gradually phased out over the years, with more preference given to fuel injection systems. While both systems perform similar functions, carburetors are a lot hard to program, which decreases fuel economy and overall efficiency.

On the other hand, fuel injection systems are preferred due to their ability to deliver fuel straight to the cylinder. Carburetors tend to struggle when it comes to idling, which is pretty straightforward for the more modern fuel injectors.

Idling is possible with fuel injection since the system can gradually add small amounts of fuel to keep an engine going. Contrastingly, carburetors tend to have the throttle closed when idle. As a result, a carbureted engine will need an idle jet to prevent stalling after the throttle is closed.

Pros of the Fuel Injection System

Cons of the Fuel Injection System

ATV can either use carburetors or fuel injection systems to power the engine. Despite being phased out slowly, Carburetors have a simple working mechanism that makes them ideal for some ATV enthusiasts.

When the ATV engine is started, the choke (top valve) regulates the airflow into the pipe. The venturi plays a pivotal role in regulating air pressure inside the pipe, which determines the amount of fuel released from the tank.

The throttle also helps regulate the air-fuel mixture, allowing the engine to produce the power needed to accelerate the ATV.