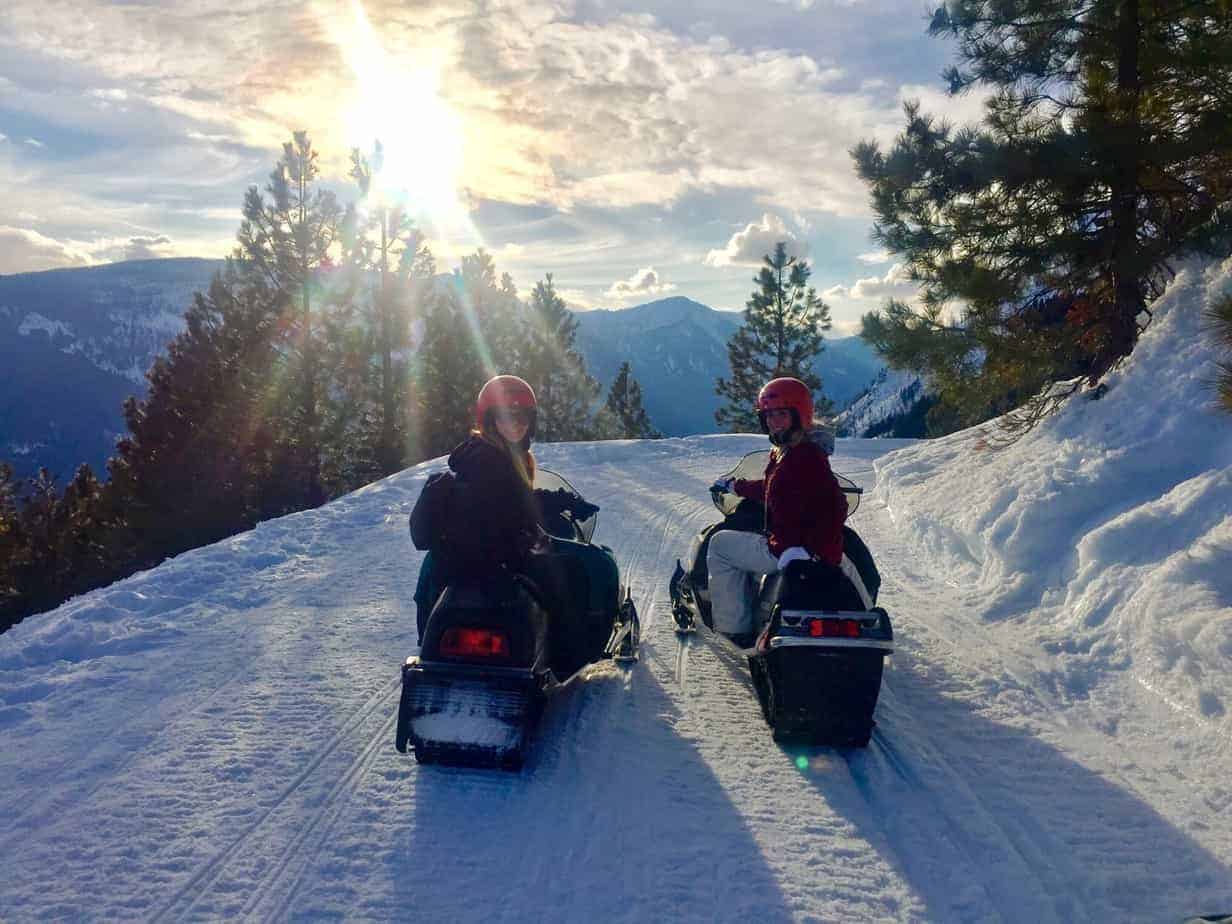 The engine is the most important part of any vehicle. Snowmobiles are no exception since they also fit into the category of vehicles. But the snowmobile engine has been specific due to the changes happening in the industry in recent decades. We are going to talk about these changes.

Snowmobile engines can be either two-stroke or four-stroke. Historically, there were only two-stroke engine models. But since the 2000s, four-stroke engines have entered the market. Today, most brands use both types of engines 2 stroke and 4 stroke.

In today’s article, we are going to discuss the difference between two- and four-stroke engines in snowmobiles, which is one of the most heated debates in the world of snowmobiling. We are also going to talk about the longevity of the engines, so keep reading to find out more.

The Difference Between 2-Stroke and 4-Stroke Engines

The two-stroke and the four-stroke engine are the two main types of engines in modern vehicle mechanics. They have the same final result, but their mechanism – albeit similar – is still different.

The two-stroke is a product of the 19th-century Industrial Revolution; the first usable two-stroke gas engine was invented by German inventor Karl Benz in 1879, when it was also patented. The two-stroke engine has a power cycle that is completed with two strokes, unlike the four-stroke model which requires four strokes. (source)

Here, the piston has to strike only twice during just one crankshaft revolution.

The four-stroke engine was developed at about the same time. The initial cycle was defined by inventor Nicolaus August Otto (the Otto cycle) and was further refined by inventor Rudolf Diesel (the Diesel cycle). (source)

Here, the piston has to complete four different strokes during two revolutions of the crankshaft.

This is how these engines work. Now we are going to see how they have been applied in snowmobiles and how they’re applied today.

Here’s a quick video showing the difference in operation with animations to give a better idea of what’s happening.

The history of snowmobile engines

In 1935, Canadian inventor Joseph-Armand Bombardier invented the first snowmobile. (source) Since then, snowmobiles have come a long way and have become very sophisticated vehicles used both for sport and recreation, but in other areas of life as well.

Today, snowmobiles are very stylish vehicles and have a sophisticated mechanical system operating them.

Up until the 2000s, snowmobiles ran on two-stroke engines. It was the dominant model back then, it was cheaper and since the technology of four-stroke engines was not that advanced, there was no need to utilize any other technology back then.

But since the 2000s, when the technology became advanced enough, four-stroke engines have started entering the market and have become the dominant model. They are more sophisticated, more reliable and last longer, although they are more expensive than two-stroke models.

Do they still make 2 stroke snowmobiles?

The domination of the four-stroke model didn’t completely kill the two-stroke engine, as most manufacturers produce models with both types of engines; 2 stroke and 4 stroke. The only exception is Yamaha, which produces exclusively four-stroke models now.

In order to remain competitive, manufacturers have invested a lot in the two-stroke models in recent years. They have increased their efficiency and their longevity, also improving on the fuel injection and other internal mechanisms of the two-stroke engines.

So, despite being outrun by four-stroke engines, two-stroke engines are far from dead, and they still have a lot of advocates within the snowmobiling community.

And with the recent improvements, and the fact that the majority of brands still produces two-stroke models, we can only state that the debate is certainly going to continue for a while.

Now that we’ve seen all the basic things, let us compare the two models of engines.

As far as the price is concerned, two-stroke engines – being simpler – are definitely cheaper.

Although newer models tend to be pricier than the older ones, they’re still cheaper than four-stroke models, mainly because they are restricted when it compares to them.

The four-stroke model is more expensive, but it has a lot of different benefits which definitely justify the higher price.

When longevity is concerned, four-stroke models last significantly longer. There is no general rule on when you should replace or rebuild your engine, but most people consider several thousand miles to be a limit.

Still, it all depends on how much and in what manner you use your snowmobile. But in the general sense, four-stroke models last significantly longer in the same conditions.

Two-stroke models are simpler and lighter, which is why they are easier to start. They have a fewer parts which also makes them easier to maintain.

On the other hand, four-stroke models are quite heavy and have a rather complex design, which makes them a lot harder to start and maintain. They have a lot more parts inside them when compared to two-stroke models.

When sounds are concerned, two-stroke models are significantly louder than four-stroke models. The former can be modified, though, which can make them quieter and more friendly for the environment.

Two-stroke models also produce a lot more heat and will produce around 30% more power, but four-stroke models are actually more efficient in using the power they produce.

There are some other differences, but these mostly concern the construction and mechanical aspects, which is why we are not going to list them in full detail. What you now know is that neither model is perfect and it all depends on what you prefer.

Both models have their good sides and their bad sides, and when compared – it all comes down to your own choice and preferences.

The most important thing is that you find the right model for you and that you don’t struggle with what you’ve chosen, since replacing the engine is never easy, nor cheap.

Most manufacturers today produce both two-stroke and four-stroke snowmobiles. They have not given up on the old technology (and neither have the consumers), and with the increased improvements of two-stroke engines, it is understandable why brands still hold on to their historical practices.

So, you can find both types of models with Polaris, Ski-Doo, BRP and Arctic Cat, but also with lesser known manufacturers such as AD Boivin, Snow Hawk, and Alpina.

Today, the only manufacturer which exclusively produces four-stroke snowmobiles is Yamaha. Every other brand is producing both types of snowmobiles.

Some of the more famous four-stroke models which you can find are:

This is how things have stood and still stand on the market. What you need to know is that you have enough options to chose from, so don’t hesitate to inform yourself before making a decision.

Snowmobiles used to rely on two-stroke engines historically, but since the 2000s, four-stroke engines started penetrating the market and have since become more common due to a lot of benefits they have.

They are more reliable, more practical, and more durable, but there have been recent developments in the production of two-stroke engines, which have made them good competition for the four-stroke models.

The final decision is, of course, yours, but we hope we’ve helped you decide on which engine you prefer. That’s everything for today. See you next time!