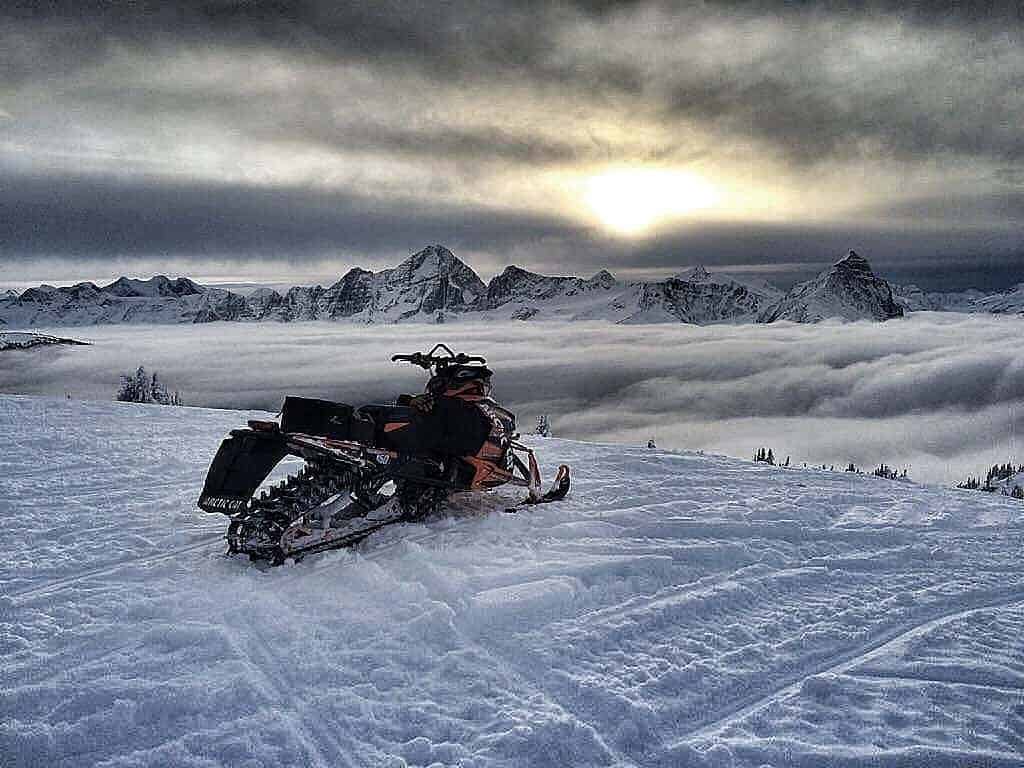 Snowmobiles are very specific vehicles and function differently than other similar vehicles. For the driver, the process is fully automatic and very easy, while the internal mechanism of the snowmobile has its own inherent logic.

The engine of a snowmobile is fully automatic, but it is not a classic automatic engine like you see in cars. It is actually a very specific stepless system based on clutches called a continuously variable transmission which can select the most suitable gear ratio without any steps.

We need to explain how a snowmobile driving mechanism functions. Along with that, we are going to cover continuously variable transmissions and whether it has the ability to drive in reverse. So, keep reading to find out more.

Are Snowmobiles Automatic or Manual

There are two main systems of transmission and gear shifting in vehicles. However the snowmobile uses neither.

The first is the manual transmission system, which is based on a driver-operated clutch.

The second type is the automatic manual transmission (AMT), which is either semi-automatic or completely automatic.

There is also a dual-clutch transmission, which is not as widespread as the other forms, but its usage is increasing, and the CVT, used in snowmobiles.

The CVT is an automatic transmission system, but it doesn’t work in the same way as the AMT, so it’s not your typical automatic system.

This makes the CVT model very simple, easy to maintain, and cheaper than other models, which is a very big benefit of snowmobiles and their transmission systems.

Here’s a quick video showing how a CVT works:

How does A Snowmobile Actually Function?

The process of getting a snowmobile to drive is actually not that difficult and it is based on the interconnected work of four essential parts – the engine, the clutch system, the tracks, and the skis.

The engine serves as a power source, while the clutch system is responsible for sending that power to the tracks, which in turn make the snowmobile run. Here is an illustration:

When compared to other vehicles, a snowmobile functions similarly to personal watercraft and differently than your standard automobile. The engine of a snowmobile is either a four-stroke model or a two-stroke model, check out our 2 Stroke Vs 4 Stroke Snowmobile Comparison Guide for more info on that.

This system hasn’t changed much since it was created. The simple, yet efficient mechanism has remained the same for years, with most adaptations and changes being aimed at improving the final product and achieving faster driving.

Modern mechanisms are also very adaptable and allow for a lot of fine-tuning, which – in turn – allows you to experiment with your vehicle and its possibilities.

Here’s a quick run-down video of how a snowmobile works:

Do Snowmobiles Have Transmissions?

All snowmobiles work on a continuously variable transmission (CVT) mechanism, with a pulley-based variant of the CVT system present in most models. The system consists of two clutches (or pulleys) connected by the drive belt.

As the power comes in from the primary clutch, the cams squeeze together and tighten the belt, which causes the snowmobile to accelerate. Once it reaches its max speed, the primary clutch closes and shifts into a higher “gear”. This is how the secondary clutch works.

Do Snowmobiles Have A Reverse Gear?

The issue of reverse driving your snowmobile is something that is important for the complete driving experience. Older snowmobile models didn’t have the reverse function, while newer models do have it, which is actually great.

All models of snowmobile made recently have reverse. Some older models may not have had reverse, but that was so long ago, not many of those machines are still in use.

Also, another great thing is that you can retrofit newer parts for reverse driving into older models and thus give it a reverse function.

There are two main types of reverse in snowmobiles – mechanical and electric.

The mechanical reverse functions by using mechanical force, usually through a lever, to make the snowmobile go in reverse. This is the oldest reverse model and has been present even in some older models, before the modern reverse function.

The mechanical reverse functions on the principle of shifting the positions of the gears so that the snowmobile reverses its movements and can go in the opposite direction.

The main issue with this model is that it adds a lot of weight to the snowmobile, which makes it spend more energy and generally strains the machine, which is never good.

This model has since become obsolete and most snowmobiles now use electric reverse.

This is a much more practical solution that has been present since the 1990s and is completely electronic, being operated by a simple push of a button. It also strains the snowmobile less than the mechanical variant.

A variation of this model – the PERC – functions very similarly, but the engine in this model actually stops completely before relaunching again in the opposite direction.

Those are the basics of the reverse function in snowmobiles. Now, let us see a couple of practical questions related to this precise issue.

You might notice that, when you try to drive in reverse, your engine dies. This just means that your RPM was too high for the reverse function to successfully activate.

We’ve explained how the engine of a snowmobile works and how the whole transmission system actually functions.

As we’ve seen, snowmobiles have a specific continuously variable transmission (CVT) mechanism, which is actually a variation of an automatic system, but with several modifications.

That’s all from us, see you next time!